The blending of traditions and cultures is one of our favorite moments about any event, from small details to food and entertainment, having the best of both backgrounds always makes for a unique wedding.  Tanya and Bruce were married in Prince of Peace in Steelton for an eloquent Catholic ceremony and then to the Best Western Premier where their closest friends and family danced the night away to a Croatian Band.  Their story was simple, however their love for each other couldn’t be masked, especially during their romantic first dance!  Congratulations to the wonderful couple, we wish you both the best!

Choosing a theme or desired look for engagement sessions can be an overwhelming fete- should we go classic rural, contemporary urban, rustic nature.. so many decisions.  Laura and Clint had so many fantastic ideas it was hard to narrow down their choices to one/two locations- however the winners ended up being the Capitol grounds and Fort Hunter.  What made their session truly unique was the outfit choices to make their session really fit their individual styles!  We lucked out on having a gorgeous evening and even made it to Ft Hunter in time for a beautiful sunset with rich warm light.  Congratulations on your engagement you two and can’t wait to see you in September (and November) for your beautiful dusk ceremony!

Better than a warm summer day is a gorgeous early summer evening!  We met up with Lauren & Brian for their engagement session on a fantastic evening at the Dixon University campus.  This gorgeous couple, seriously look at their amazing smiles, met years ago on a blind date set and have been inseparable ever since! Along with all of the great laughs and jokes we learned a valuable lesson that grass clippings stick to EVERYTHING!  Congratulations you two and we can’t wait for your wedding next year!

Don’t be shocked.. I’m blogging and hopefully over the next few weeks I can:

1. Get caught up on the blogging I wanted to/ should have/ really procrastinated with from the past year showcasing images from our 2012 wedding and the amazing couples in our MMP client family.

3. Provide great tid-bits of advice on wedding planning from Venues you won’t want to miss to the best entertainers and designers in the area.. but let’s do one thing at a time here:)

So for this post.. my actual point of reference is we’ve got a space!  As of February 2013 we’ve partnered our office meeting space with the fabulous premier DJ’s at Klock Entertainment.  Today was our giddy milestone of having our name applied to the door.. yes.. we’re geeking out over here but it’s big stuff in McClain world.. that and getting Kooper and Rhiley to take medication hidden in peanut butter without issue- also a milestone today!  As of right now with wedding season vamping up we’re in the office by appointment, but mid-summer/late fall we’ll have posted office drop in hours every week/two weeks depending on the need.  Thanks to all of our amazing clients who without your love and support, we wouldn’t be where we are today.. giddy (not to be mistaken for giggiddy)!

Some people you meet, you just know… or well I know.  I know usually within the first ten minutes of meeting someone if I want to spend more time with them, get to know them, or find their story appealing.  I’ll be honest, usually 8 out of 10 people I’ll lean towards the positive end of the scenario.. and the other 2 of 10.. well..we’ll just part ways politely in most cases.  In the first 10 minutes, usually you get an idea- are they positive people, negative people, people who are timid or shy, people who are outgoing or boisterous?

Our first meeting with Christy and Jeff was after their engagement session shot by Scott and Whitney, so we kinda knew they were cool folks..and knew what they looked like (score for first meetings!).. but had no idea they were absolutely awesome people! We met Christy and Jeff at one of our favorite coffee shops in Hbg before Christmas and learned their story and details of their day which included Jeff’s adorable little lady, Addy. By the end of our meeting I felt like we were chatting with old friends who just happened to be getting married.  They were completely compatible for one another (oh yeah kids, we tone in on this during first meetings), very comfortable with one another, and we just so darn excited to get married and put the final touches on their newly built home!

Christy and Jeff’s wedding was our first of 2012 so with visions of hope and inspiration, Scott and I headed out to the state capitol rotunda.  Again when meeting up with these two for their first look and portraits, we felt a part of their family, not outsiders who just happened to have cameras.  With all the positive energy, I knew it was going to be a great day and many wonderful shots would be obtained and treasured.  One of my absolute favorite moments of their wedding was the kiss of course… Jeff picked Christy up, with Addy watching in awe on a nearby step, swung her around for a gorgeous moment and the best princess kiss a Disney loving kid could ever see!  Okay my description might be sappy but it was an awesome moment and one I’ll never forget!  Thanks again to this awesome family for bringing us in on one of the happiest days of your lives!

Ashley is one of the most organized brides I think we’ve ever met!  With the wedding right around a year away, this couple has almost everything ready to go!  With Ashley in the military on short leave and about to deploy to Afghanistan again and Todd in the local law enforcement, we knew we wanted to create as many possible special portrait set ups as we could!  Sunset on the state capitol steps… why yes I think we will! Good Luck Ashley and see you soon!

>After having such a successful engagement shoot with Jason and Danielle, we knew they’re wedding would be spectacular! Danielle and Jason were married on the Pride of the Susquehanna with pictures being taken prior to departure on City Island! One of our favorite images from their wedding was sneaking into one of the snack shacks to get a totally unique and awesome couple shot! Danielle and Jason by far have been MMP’s most famous couple of the year by appearing in many of our advertisements, as well as having multiple vendors contact us for use of their images! Wonder who will be our famous wedding couple of 2010? 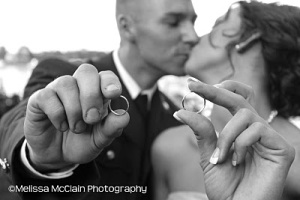 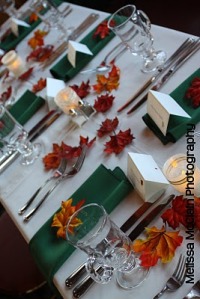 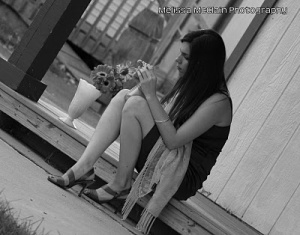 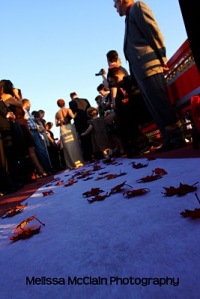