I remember as a kid being told that it’s impolite to stare. Don’t stare at strangers, they might offer you candy and we’ll never see you again. Don’t stare at different nationalities, the disabled, the elderly… About the only thing that was “allowed” to be stared upon were those terrible autostereograms from the 90’s! Who could see that crap anyway?! Oh and the cat, stare at the cat as much as you want.

This weekend I came to the realization while I was staring at an image in Vogue- i don’t think people stare to be nosy but to study the person or even maybe be inspired by that person? What kind of light is shining on their face? How did they position his or her body for the image? Dear God what is he wearing? Ooo.. I should so wear my hair like that! Remember the adage when caught staring of “Why don’t you take a picture, it lasts longer”? Brilliant! Okay I’m sure when said it was meant
‘stop staring at me, you make me uncomfortable’, but in a picture you can stare and study the details and features without making the other person twitch. Unless of course you’re staring at his or her picture instead of themselves in person.. That’s just creepy:).

Be inspired and look around! Who knows the next trend or idea might be just a glance away:). 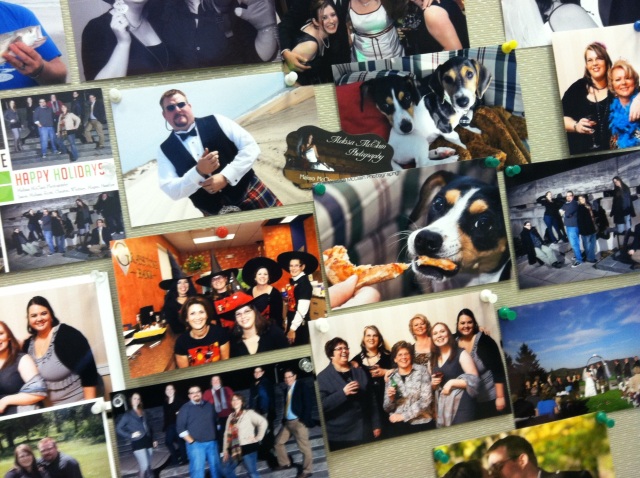 (my staring wall of friends and family)